Well, corpulent maybe. But I have great respect for wine critics, whatever they may weigh:
http://fermentationwineblog.com/2012/10/copulating-corpulent-wine-critcs-coming-soon/
Posted by Jim Conaway at 5:21 AM No comments: Links to this post 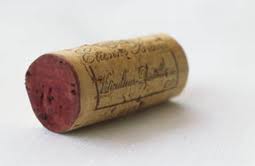 This from The British Journal of Psychology (Aug., 2012):
…a small number of studies indicate that auditory stimuli can influence perceptions of the freshness of foodstuffs. Consistent with this, the results reported here indicate that independent groups’ ratings of the taste of the wine reflected the emotional connotations of the background music played while they drank it. These results indicate that the symbolic function of auditory stimuli (in this case music) may influence perception in other modalities (in this case gustation); and are discussed in terms of possible future research that might investigate those aspects of music that induce such effects in a particular manner, and how such effects might be influenced by participants’ pre-existing knowledge and expertise with regard to the target object in question.
In other words, music listened to affects one’s enjoyment of wine. But the question remains – as it often does when choosing, and that’s which wine? Cabernet for Eddie Vedder, pinto noir for Phillip Glass? Or does one pick up components – black fruit, cigar box – more readily in the presence of certain music?
Posted by Jim Conaway at 12:09 PM 1 comment: Links to this post

Randall Grahm of Bonny Doon is still doing interesting and useful things much of the wine world would rather not. Read:
http://www.nytimes.com/2012/10/10/dining/bonny-doon-vineyards-labeling-policy-draws-little-attention.html?hpw
Posted by Jim Conaway at 6:24 AM No comments: Links to this post