It's underway, and riveting

http://dceff.org/festival/
Even sake can be environmental.
Go see for yourself. 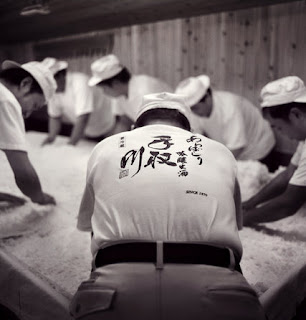 Posted by Jim Conaway at 6:56 AM No comments: Links to this post

Taste is tricky in wine country

She said they got a lot of it from castles. I believed her. 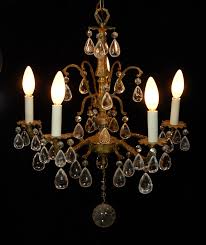 Posted by Jim Conaway at 10:39 PM No comments: Links to this post

Inglenook: a glimpse of what was to come

(From The Far Side of Eden. Related posts in the menu to the right.)

The emphasis was on sales and on the look of the place. Enhance the merchandise. Enrich the visitor’s experience. Creative consultants put the decision makers at Niebaum-Coppola in touch with designers of various sales emporiums; a woman responsible for exhibits at the San Francisco airport was hired. Another woman was brought in who could “source” special merchandise—a buyer’s buyer. Meanwhile, Skupny went through all the old tax records and folders full of old photographs, and saw some that gave him goose bumps. He thought of two immigrant families—Niebaum and Coppola—ending up in the same place, at different times, with nothing else in common. But Francis worked the symbolism, calling Skupny on the telephone from all over—New York, Lisbon—with new ideas for exploiting the Niebaum connection.
Skupny still had to dispose of the old Rubicon wine. And there remained the big question of grapes. Niebaum-Coppola vineyards could supply only a fraction of what was required for the new, cheaper wines, so where would the rest of the fruit come from? Francis and Maher wanted to ramp up fast, but no wine that contained less than seventy-five percent of Napa Valley fruit could qualify for the coveted Napa Valley appellation. Napa Valley grapes were too precious and hard to find to put into inexpensive new lines, but there was another route: cheap Central Valley and central coast fruit trucked in and made into wine sold with just the Napa Valley address on the label. Heublein had done it in the past, and so presently were Beringer, Mondavi, Sutter Home, and many others. Invent new brands under the proprietary name, since most buyers don’t notice or don’t care, and watch the revenue roll in.
The day of the Christmas party, Dick Maher told Skupny he was fired. Holiday time, season of good will, adios. Skupny had by then taken care of all the tough stuff, including moving old Rubicon, and if truth be told was tired of it all. Niebaum-Coppola had gone from sixteen to seventy employees in one year, and in the process Skupny had missed a lot in his children’s lives. Maher had convinced Francis, or so Skupny surmised, that concern with “the right thing” would lead to failure. And Skupny was tired of Maher’s posturing, what he called “the Marine thing, all that bullshit.” Skupny knew as much about the business as anybody, he would do fine on his own, and he went home.
This treasure, this Inglenook, might survive in perpetuity because of all the commercialism, Skupny reasoned. The heavy merchandising and publicity were bullets in the war for tourist dollars. But at other times he thought of what Inglenook could have been, and he shuddered.

To order Napa, the first book, go to:

Posted by Jim Conaway at 8:13 AM No comments: Links to this post