The back has it 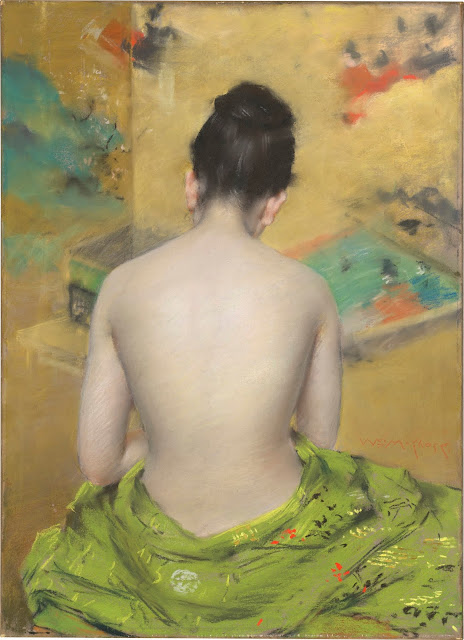 One of the prettiest backs in all of art is currently on display in a new exhibit at the National Gallery of Art in Washington, The Touch of Color, featuring works in pastels from the 18th century's Benedetto Luti to Jasper Johns in the late 20th century. The pretty back in question, "painted" by William Merritt Chase in 1888, is entitled Study of Flesh Color and Gold (above) and, like all the works in the show, belongs to the National Gallery.
The expertise of the masters of pastel, including those of the Venetian, Rosalba Carriera, became so popular that one critic in the 19th century complained of pastels having "inundated" Europe. Artists working in pastels would come to include Monet, Manet, Degas - yes, ballet dancers - Cassatt, Whistler, Luks, and Matisse.
During the Renaissance pastels were widely made from pigment with chalk or clay as a binder. The subtlety of flesh tones was often unsurpassed when smudged to blend colors. The medium proved to be as versatile and as stunning as oil or watercolor.
This unusual show, in the West Wing of the National Gallery, runs from today through January  and is a rare chance to see the variety and quality of a medium almost as old as painting itself. 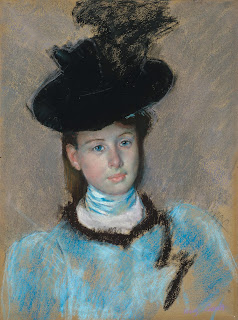 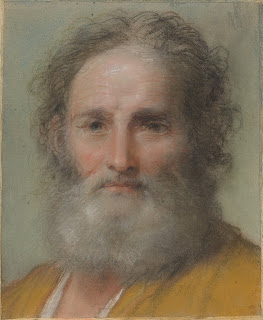 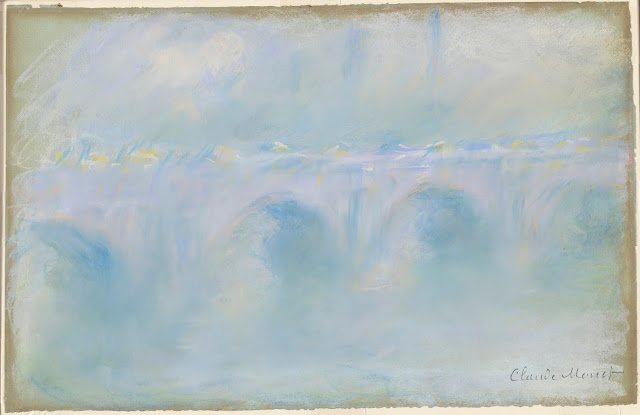 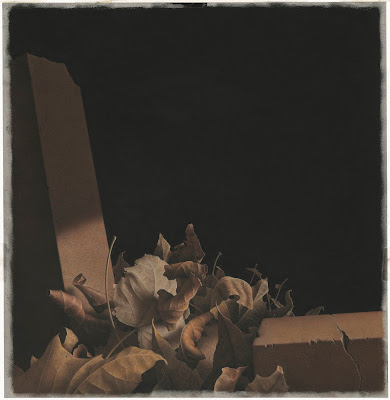 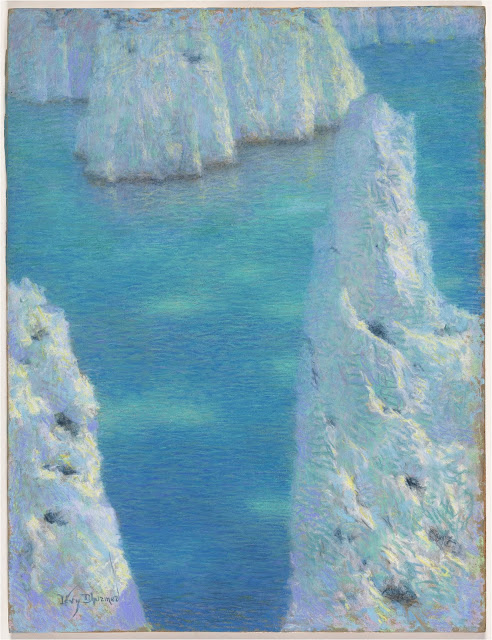 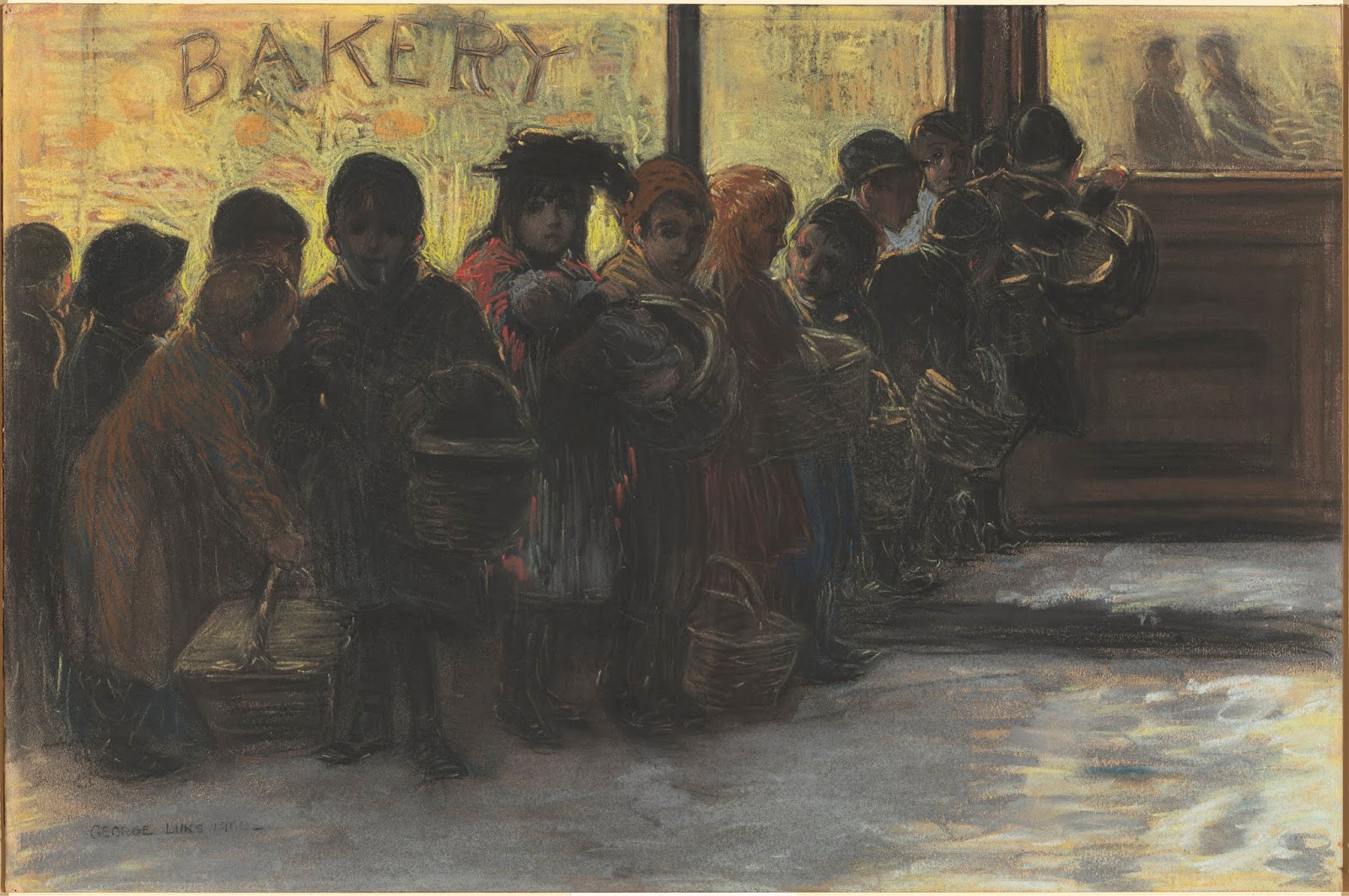 Posted by Jim Conaway at 8:02 AM No comments: Links to this post 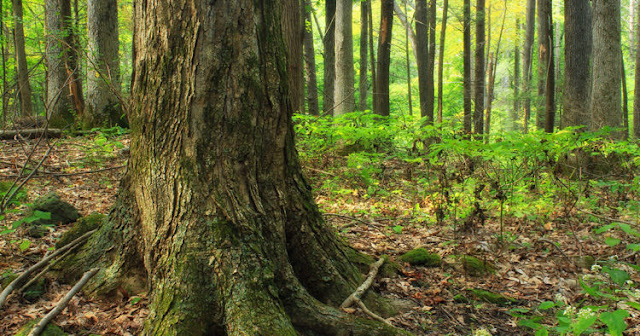 Posted by Jim Conaway at 6:39 AM No comments: Links to this post

My new column in American Scholar 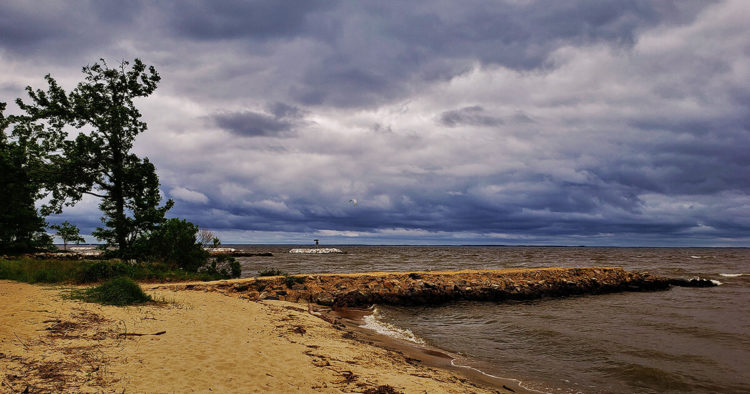 It's about the environment and comes out every month. Please take a look:
/https://theamericanscholar.org/author/james-conaway/
Posted by Jim Conaway at 12:30 PM No comments: Links to this post