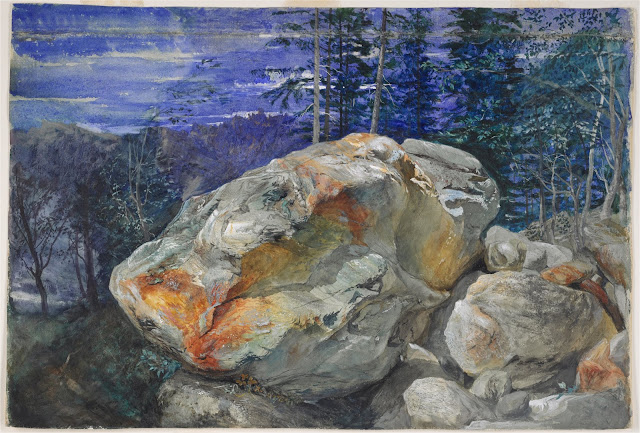 John Ruskin, the pre-eminent art critic in Victorian England, wrote that painters should get out of their studios and into their subjects, so to speak, “rejecting nothing, selecting nothing and scorning nothing.” That meant painting every detail of rocks and anything else before the painters' easels, as Ruskin attempted in his famous watercolor, Fragments of the Alps (above).
He mightily influenced such artists (and poets and other critics) as Dante Gabriel Rossetti and John Everett Millais in his native England, where they became known as the Pre-Raphaelites. That meant rejecting the “mannerist” approach of artists who had followed Raphael and Michelangelo, in other words reject academic perfection and get real. 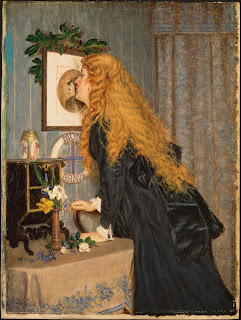 A whole raft of American painters followed. Now the National Gallery of Art in Washington, DC, has brought many of them together in a small but exquisite exhibition called Radical Realists. It opened at roughly the same time the gallery launched its sumptuous exhibition of the works of Tintoretto, which sucks a lot of oxygen out of building, but in fact Radical Realists provides the ideal respite from Tintoretto’s exuberant genius.
American Pre-Rapaelites were also staunch supporters of the Union during the Civil War, and committed Abolitionists. Ironically they, like their British counterparts, often portrayed beautiful (clothed) women in great detail and in a manner sometimes suggesting the Middle Ages, as opposed to the Victorian. Colors are sumptuous and the guises tinged with tragedy, but all fascinate and can demonstrate to all plein air painters today that beauty and inspiration reside in detail as well impression. 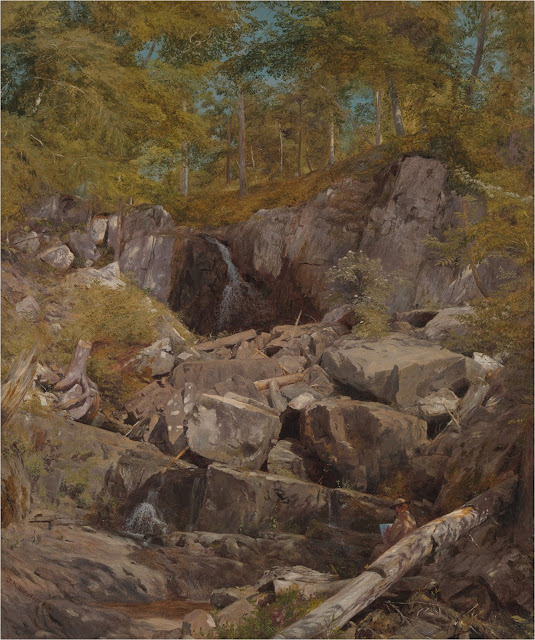 (A Study of Trap Rock by John Henry Hill)
If you’re not in DC your can buy the excellent catalogue, The American Pre-Raphaelites online at:
https://shop.nga.gov/item/751989/the-american-pre-raphaelites-radical-realists-exhibition-catalog/1.html

Posted by Jim Conaway at 9:06 AM No comments:

The earth's an organism, believe it or not

And too many people don't

Read this piece in the New York Times: https://www.nytimes.com/2019/04/20/opinion/sunday/amazon-earth-rain-forest-environment.html 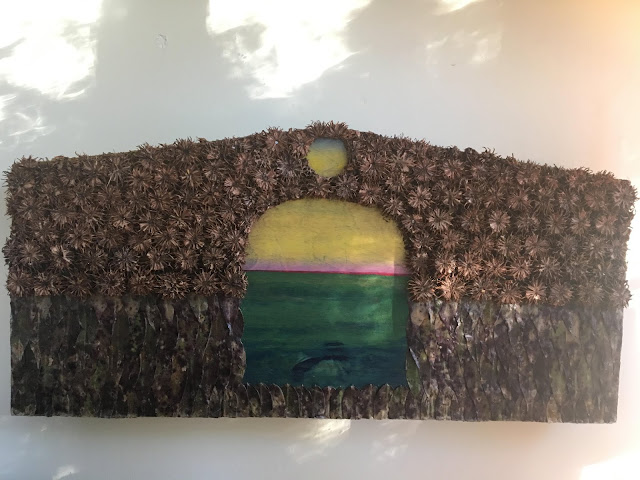 Posted by Jim Conaway at 5:21 AM No comments: