Letters from the Equator, 9 - Singapore

Pirates, a personal butler, pink drinks,  rats, the
Cricket Club, and a fine for gum-chewing... 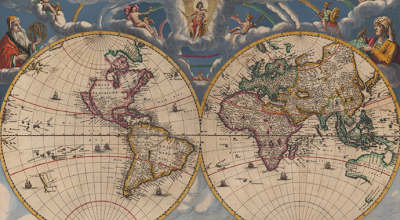 "The city of Singapore was not built up gradually, the way most cities are, by a natural deposit of commerce on the banks of some river or a traditional confluence of trade routes. It was simply invented one morning early in the nineteenth century by a man looking at a map. 'Here,' he said to himself, 'is where we must have a city, half-way between India and China. This will be the great halting place on the trade route to the Far East...'"

The writer was the late J. G. Farrell, a friend of mine in another life. His novel, The Singapore Grip, and the man about whom he wrote Sir Thomas Stamford Raffles who worked for the British East India Company and whose "bronze statue used to stand in Empress Palace in a stone alcove like a scallop shell... a rather vague-looking man in a frock coat.... The island of Singapore, when he arrived, was largely deserted except for a prodigious quantity of rats and centipedes . Rather ominously, Raffles also noticed a great many human skulls and bones, the droppings of local pirates." 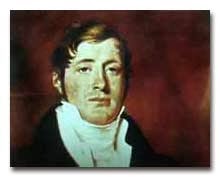 The pirates are still there. Some of them took over from the British overlords and assorted chinless wonders who ran Singapore until midway through this century, and though they espouse both the language and democratic traditions of England, they disapprove of any opposition. Authorities are known to apply the cane to social miscreants, including foreign ones.
I wondered, riding into the city along the impressive palm-lined boulevard , what Raffles would have thought of such tight social control, including Singapore's law against chewing gum. His namesake's the Raffles Hotel, but the name's also attached to the world's largest flower, the rare Rafflesia arnoldii of western Sumatra.
The hotel was a lot easier to find. White stucco gleamed in the tropical sun; there were high ceilings, dark wood paneling, overall a sense of colonial purpose. I checked in and was assigned a butler, Stefan, his name reflecting the 350 years of Dutch influence, blown away by the Brits who likewise outlasted the Japanese occupiers of Singapore during World War II. They left behind little but Hondas, whereas the British habit of driving on the left has endured. 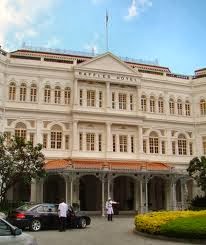 Stefan was a perfectly nice young man who had done two years national service before getting into this sort of work, but frankly I didn't know what to do with him. I resisted the urge to order, as a kind of test, tea and crumpets , and went down to the Raffles's famous Long Bar instead, with its overhead palm fans and Indians and Malaysians named Reggie and Allister in golfing clothes.
I had intended to order the traditional Singapore Sling but saw that it was pink. And I didn't really want to listen to Taiwanese and American tourists talk about their purchases.There was always dinner in The Grill, not The Tiffan (Brits tend to capitalize and article-ize, freighting with significance things that don't have any) where eggs and rashers of bacon could be had in the morning. 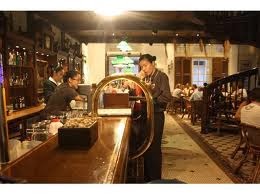 The wrapper on the copy of The Straits Times Stefan had given me advised, in the words of an anonymous writer , "All will be well when one has fed well." I should have paid more attention to the piratic pricing, however. I didn't mind paying well for dinner - it not often you can spend just $2, as I had the night before, for a feast of Batak pig with cassava leaves - but I thought ten dollars for glass of water was a bit steep. It had come all the way from France, like most everything else in The Grill.
There was the Palm Court to sit in. The Jubilee Hall Playhouse offered a multi-media presentation, Raffles Revisited, but was closed.        Likewise the museum with its "old Raffles Hotel silver and china, ephemera, early travel books and mementos ..." The effect of all this was soporific, which I suppose was the point: One needed rest to buy things properly, the national pastime in Singapore.
I failed at it the next day, too, by purchasing the least expensive of several bathing suits in a department store, disappointing everybody within fifty feet. The purpose of Singaporeans, I finally realized, was relieving of people, more or less honestly, if unstintingly, of their money.
The antiseptic streets, in the literal shadow of triumphant Asian corporations, suggested a vast, open-air mall, well- managed and dull. The front page newspaper story dealt with NAFTA, whereas the rest of Malaysia and Indonesia was reading about the 22-foot, 300-pound python that killed a rubber tapper but couldn't swallow him. 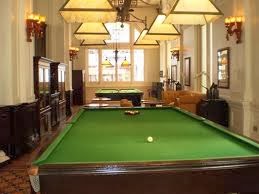 Following my Anglophilic bent, I went to see Raffles's statue, near the place where he had landed. The day was overcast but stifling, the beginning of the rainy season, and I finally sought refuge in the Singapore Cricket Club, a private establishment where rugby and darts were also pursued. They kindly allowed me to lunch there on their justly famous Mulligatawny soup, hot curried chicken stock supposedly invented by an Indian to satisfy what he imagined to be the tastes of a nineteenth century English gentleman. Like most such clubs, it was full of businessmen eating fries and reading about sports.
Walking back to the hotel, I had a powerful desire to chew gum. Fortunately I had none, or I would have been fined, maybe caned under the stem gaze of old man Raffles. It seemed to me that a place that could outlaw something as innocuous as chewing gum had a serious silliness problem, compounded by despotic capitalism.
The Brits would have handled it differently. But then, as Reggie had said to a companion in the Long Bar the night before, talking about Japanese banks, "It's no longer their show, old boy."

Next: Africa by way of Paris

To see my bio, click on: http://cjonwine.blogspot.com/2013/02/heres-concise-bio-for-those-who-have.html
For newly released titles go to:
http://www.fearlessbooks.com/Conaway.htm


(Please remember when ordering directly from Amazon to choose the newly-released versions of Memphis Afternoons, The Big Easy, World's End and The Kingdom in the Country, which have been updated.)
Posted by Jim Conaway at 2:08 PM