Here's to my father's favorite drink

From the New York Times
TRAVEL
By James Conaway

Advertisement
Continue reading the main story
I grew up in Memphis with a faint tantalizing aroma emanating from my father’s whiskey glass.
He drank Kentucky straight bourbon, not its first cousin, Tennessee whiskey, made according to stricter rules and, Dad thought, too sweet.
His brand was the utilitarian Jim Beam, at a time when bourbon was much less popular than scotch, gin and vodka and no one anticipated that its renewed popularity would reach as far as India, China and beyond.
Recently I decided to explore the making and terrain of Dad’s chosen drink in central Kentucky, where thoroughbred racing has a real competitor in the booming distillery tourism trade.
Along with my wife, Penny, a Long Islander but no stranger to fermented corn, we drove from Washington to Lexington, Louisville and points south, hoping to learn more about the area’s often-cited drink of choice, and maybe to find an artisanal whiskey-maker not yet famous.
We began, appropriately, in gorgeous horse country near Versailles, a manicured landscape of big estates and bored-looking horses grazing about (like Napa Valley with lush fields of bluegrass instead of vines).
In fact, bourbon and horses do have something in common: Both need good water. Filtered through limestone, it picks up lots of calcium that builds strong bones for the horses, and sheds elements like iron that affect the taste of whiskey.
Woodford Reserve, the official bourbon of the Kentucky Derby and no secret, sits at the end of a narrow road. There were once 2,000 distilleries in this state, but bourbon’s precipitous decline in the mid-20th century with the rising popularity of vodka and other spirits caused the long-ago owner of Woodford Reserve, deep-pocketed Brown-Forman (which also owns Old Forester, Jack Daniel’s and Southern Comfort), to sell it.


Then in the late 1980s, when tastes started to change again and bourbon began to rally, Brown-Forman bought the distillery back and recast its Kentucky limestone compound as a squeaky-clean corporate showplace.
The rack house where oak barrels are stored suggests a 19th-century white-collar prison but the bars on the windows were meant to keep people out, not in. Undisturbed, whiskey releases its “angel’s share” (the natural process of evaporation as it ages in barrels) and acquires its taste from the wood and white corn, what our tour guide called “an American crop.”
Woodford Reserve struck me as close to Tennessee whiskey because of its sweetness but was well made and redolent of the charred staves and caramelized sugar I had smelled as a child. For $10,000, we could have bought a whole 50-gallon barrel and put our names on the wall alongside luminaries such as Papa John of the pizza chain and Russell Crowe.
Advertisement
Continue reading the main story

Buffalo Trace, a few miles north in Frankfort, reflects bourbon’s more realistic history as a big rough-and-tumble Dickensian enterprise. The dingy but romantic brick rack house towered over the parking lot, and the smoke- and steam-puffing whiskey works exhaled the powerful essences of cooking grain.
Claims of being the oldest distillery in Kentucky are too numerous to list, but Buffalo Trace seemed a good place to start; it embodies some of bourbon’s bad-boy image, too. A former employee had recently been charged with stealing barrels of the very expensive Pappy Van Winkle brand.
There were a dozen pilgrims on our tour, mostly men from the deep South where allegiance to bourbon is the strongest. Fred, our genial guide, led us up steep, exposed stairs; past smoldering cookers of blended lots of corn, rye and wheat; and invited us to drag a finger through the yellow froth atop a thousand gallons of bubbling mash that had been inoculated with yeast.
From these cedar fermenting tanks, the nascent bourbon flows to big stills, where it is cooked and the released steam is condensed into pure, transparent whiskey.
The 180-odd proof clear whiskey (known here as “white dog”) passes through the glass for inspection, before being diluted with water and put into barrels where it will acquire its character and color.
Fred explained the local derivation of proof: A pinch of gunpowder was ignited in a fresh batch of whiskey to prove to potential buyers that it had the Kentucky kick. “And too bad for the whiskey-maker if it didn’t burn.”
That night we encountered our first example of Kentucky cuisine, at Serafini bar and restaurant in Frankfort, where a shot of the Pappy Van Winkle costs $100. Farther west, the Hot Brown (sliced turkey on bread covered with cheesy Mornay sauce) was invented at the Brown Hotel in Louisville.


And be aware that Kentucky bourbon and chocolate go into many a pecan pie, like the one in Rick’s White Light Diner, a haven of transplanted Cajun-cum-Southern fried above the Kentucky River in Frankfort.
Breakfast at the Jailer’s Inn in Bardstown involved cheese — lots of it. Jesse and Frank James once stayed here, though not as inmates. We were offered an overnight in a cell but chose a bedroom instead.
Also in Bardstown, the Oscar Getz Museum of Whiskey History is a grand old building, once an orphanage and later a Catholic prep school, that is stuffed with memorabilia and wonderful tributes to bourbon’s glory. There you can find old copper stills and a glass forest of bygone bottles, as well as a framed statement of Abraham Lincoln’s deploring the idea of Prohibition.
Advertisement
Continue reading the main story
At the end of a dirt road on the outskirts of town, sepulchral-looking rack houses with dark slot windows and peaked roofs offered a sobering view. Paradoxically, this is home to Willett, a hot boutique producer with a wide reputation for spicy, many-layered complexity. In the little sales room, scrawled on a blackboard was the message that customers would be allowed only two bottles each of Willett’s single-barrel releases, aged 10 years or more, priced from $100 to upward of $300.


Willett makes very little of these rare vintages, and buyers sometimes flip them to bars and restaurants at much higher prices. Fans expect to find them on carefully perused lists, said Mitch Smith, the combination salesman and tour guide. “Those two drove down from Louisville this morning,” he said, indicating two millennials in crisp poplin shirts at the cash register.
In the nearest rack house was the metal scale for weighing casks that had been used by the family since Thompson Willett founded the company in 1936. Old stencils for marking barrels lay on a bench. Two hams hung ghostlike amid the barrels, soaking up the angel’s share in dim amber light, an experiment to see if the meat picked up the bourbon essence.
Penny and I drove west a bit to check out the family carnival that is the modernized Jim Beam distillery, a slick marketing scene my father wouldn’t have appreciated, and a similar one at Maker’s Mark, where buyers can seal their own bottles with molten red wax. Both places also sell all manner of things, including clothes, that really have nothing to do with bourbon in the glass.


Still, Jim Beam and Maker’s Mark were big players in reviving the bourbon business, in part through modern marketing and by capitalizing on ancillary products associated with their brand.
From there we drove southeast through countryside less manicured but no less appealing; a sign told us Jesus was coming (“Are you ready?”), and ubiquitous limestone showed along the road. Meadows appeared to be blond in the sunlight, and black trunks of hardwoods were mounted on sides of the hollows.
Oaks like these are made into staves, most from faraway Arkansas but also from Kentucky. The most prized come from the highest trees, where they’re stressed for water, have a tighter grain and impart more flavor.
At the Independent Stave Company in Lebanon, we watched a barrel-maker work in a sea of sawn oak and metal hoops, smelled the new wood and felt the distinctive “alligator” char that was burned into the staves.
Advertisement
Continue reading the main story

The process is an essential element in understanding bourbon and the culture so dependent upon it, and experiencing this brought home the importance of craftsmanship in the bourbon world. Like wine, whiskey gets much of its taste from the species of oak used and the amount of heat applied to the staves used for the barrels.

Nearby we turned into the parking lot of what looked like a roadside attraction. The Limestone Branch distillery is owned by two brothers named Beam, the seventh generation of their line of Beams but different from the famous one. (They are related to the more famous branch of the family through extended connections.)


“My father was Guy Beam,” said blue-eyed Steve. “He was a master distiller at Fairfield, and on my mother’s side the Dants were one of the oldest whiskey-making families, going back 178 years.”
Limestone Branch is kept afloat by its dizzying line of spirits made just from fructose and a dozen artificial flavors. You’d think the maker of an alcoholic beverage tasting intentionally like a Moon Pie (chocolate and marshmallow) wouldn’t be interested in turning out some fine bourbon whiskey, but you’d be wrong.
Much of Steve’s craft goes into a bourbon, to continue his family’s tradition. It’s made of white heirloom corn, rye and malted barley, and distilled in a lovely little copper Alembic still of ancient Arabian design. “With it you have total control of every stage of fermentation,” he said. “It’s labor intensive, but there’s a reason the French require Alembic stills for making cognac.”
Limestone Branch’s bourbon, aged in barrels for more than two years, had no name yet. It was to be released in a few months and Steve agreed to let me taste the uncut 107 proof. It had an oaky nose, good body and a long finish, and it wasn’t too sweet. Dad would have loved it, and Steve’s deft, workmanlike approach: Kentucky straight.

WHERE TO EAT AND DRINK 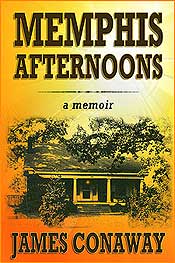