17. Time for Democracy to Reassert Itself

Much of the work of the Mennen Environmental Foundation was done in the house on Sylvaner Avenue at the kitchen table, made from a two-hundred-year-old barn gate from Mexico, where light fell from a chandelier of elk antlers and from a lamp made of an old saguaro cactus trunk.
On a shelf stood a tightly woven Pomo basket, given to Carlene Mennen by her friend Yolande Beard, dead now, author of the elegant little book Wappo, about Napa Valley’s indigenous people. Hanging nearby was a prayer wand of wild turkey and grouse feathers dedicated to the health of Turtle Island, the Cherokee name for planet Earth. The barn gate was spread with letters, press clippings, photocopies of documents relating to half a dozen issues, pads, and reference books.
Carlene had no computer on this command deck. She didn’t want to be bombarded with e-mails and other time-wasting electronic messages when the really big stuff—wilderness inventories, the health of fish, redwood and live oak preservation—had better ways of making itself known.
This was usually through the resonance of the human voice. The telephone was her chosen instrument, quick, direct, capable of transmitting more than information—resolve, strategic nuance, sometimes anger. Carlene got calls at seven in the morning from Washington, D.C., such as the one from Senator Barbara Boxer, who wanted Carlene to fund a political action committee. Carlene kept up with campaigns all over the country because, in the end, everything was political.
It was after a lobbying trip to Washington and a session in the office of Senator Dianne Feinstein that Carlene had decided to go back to Napa and work on her own. Now while Peter sat in the post office receiving bureaucratic directives about what sort of art to hang on the bathroom walls, Carlene worked away here, “under the canopy,” a figurative screen from public view of her string-jerking in twenty different environmental causes, from Utah to Oregon, from the nation’s capital to the California coast. She didn’t want recognition, she wanted to affect the argument.
Her husband called her the Terminator. “Don’t try to hide anything from Carlene,” Peter Mennen would tell people, laughing. “She’s out there, over the curve of the earth. She sees things come up long before the rest of us see them.”
One afternoon Peter came home from work and stood at the kitchen sink, eating a leftover sandwich and gazing out into the narrow backyard. The day of legal decision had come. “I have to think things over for weeks,” he said, “but Carlene decides immediately. With her, there’s no difference between a good idea and an act.”
Her philosophy of philanthropy was simple: empower activists with real science, then empower them with real money. She had told Chris Malan to handle oversight on the litigation and report to her. The Mennen Foundation had financed the study of the Napa River, to provide scientific ammunition for the courts and for the political arena; Carlene had helped Chris find the experts to do the ongoing research, part of a wider look at cumulative effects on the watershed, the objective being a long-term recovery plan to restore the river and the wild-land corridors. The fight was no longer about parks and open space, it was about conservation biology and sustainability—more important, harder to win.
Money was credibility, but it could also be destructive. The national assumption nowadays was that if you had a lot of money you had to build an in-your-face mansion and an in-nature’s-face vineyard. Those building them didn’t want to be told what to do, but they were telling everybody else what to do—accommodate my spectacle, my erosion, my water diversion, my herbicides and pesticides. Well, wine was a luxury, and an economy based on luxury shouldn’t be allowed to destroy the landscape.
There was sufficient money in the valley to achieve anything, she knew The Culinary Institute of America could actively promote local organic food and responsible farming, and the American Center for Wine, Food and the Arts celebrate and support the ecosystem in which it sat, but they had no plans to do so. Vintners, vineyard developers, and promoters of the Center would rather call Chris and people like her radical than look at the radical things they themselves were doing, such as building a tourist attraction in the middle of the floodplain and then diverting the river.
They should be thinking about the Dust Bowl, not about Burgundy and Bordeaux. Public agencies shouldn’t be assisting agriculture in destroying the hillsides with public money, something that was truly radical, and the supervisors should be protecting the rights of the people and not getting caught up in the idea that grapes are the one true cross.
The vintners couldn’t see that maintaining the ecology of the river was important, or that other people were affected by their activities. If they’d take a hard look at this, Carlene thought, something could be worked out. Instead, the vintners were turning the valley into a feudal state.
It was time for democracy to reassert itself. She and Peter had decided on the litigation strategy as a way to refocus the argument. Assisting them was not just Lippe but also Bill Yeates, founder of the Mountain Lion Foundation and a recognized environmental attorney in Sacramento who had led a successful statewide initiative to protect the mountain lion. They had talked to representatives in Congress and with the folks at the Center for Conservation Biology in Oakland. They were ready. The Mennen Environmental Foundation was considering a future suit over water allotments in the county, one part of a years-long strategy. But first things first.
* 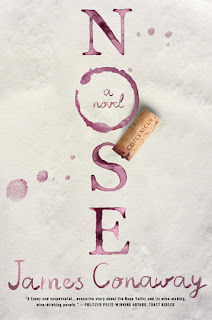