(This piece was published in the Santa Rosa Press-Democrat.) 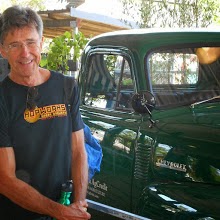 
James Conaway, the author who took on powerful wine interests in “Napa: The Story of an American Eden” and “The Far Side of Eden,” has now taken on perhaps the most powerful – wine critic Robert Parker – in an article declaring the “point system” is dying.
His premise – that too much power over a $35 billion industry in the U.S. alone, along with its related industries of tourism and agriculture, is concentrated with too few critics like Parker – could give comfort and encouragement to other critics, many of them online.
Worth magazine, in publishing the article titled “The War Over Wine,” poses the question, “who will capture the growing world of wine drinkers?”
Conaway doesn’t answer the question directly, but says now is the time for other critics to step forward to fill the “point system” void. He says the timing is right due to “a confused and rapidly evolving marketplace in which neither sellers nor consumers know exactly where they stand.”
Conaway points to last December, when Parker announced he had sold a ‘substantial interest’ in the Wine Advocate to a trio of Singapore investors and got into a legal dispute with an Advocate writer who defected to start an online wine publication.
With Parker’s followers “demoralized,” the Wine Spectator emerged as the “ne plus ultra” of wine rankers, Conaway writes.
But Conaway then makes the point that the Parker void is being filled not only by the Spectator, but more significantly, by more and more critics and commentators, many of them found on the internet. For example, Conaway touts:
- Joe Roberts, the blogger behind the site 1 Wine Dude.
- Paul Mabray, of VinTank.
- Eric Asimov, wine critic for the New York Times, who told Conaway wine drinkers want more than a point system from critics. “They’re more interested in writing that presents wine in thoughtful, even inspirational ways and includes such things as place, history and heritage,” Asimov is quoted as saying.
- Jon Bonne, wine editor for the San Francisco Chronicle, who told Conaway “younger wine drinkers insist on having real context in wine reviews, and standards beyond words like ‘delicious.’”
- Stephen Tanzer of International Wine Cellar.
- Alder Yarrow of Vinography.
- Tom Wark of Fermentation.
- Dave McIntyre of WineLine.
- Alice Feiring and Jancis Robinson.
“Critics are emerging, for good reason,” Conaway said in an interview this week. “I’ve always thought the 100-scale a phony concoction devised to sell increasingly expensive wine to people who knew little about it. And because of the tastes of both Parker and the Spectator Americans got hooked on fruity, alcoholic wines unsuited to food – in general, a disaster. Those who made classically-structured wines were essentially penalized for making better wine in a different style, an intolerable situation.”
Conaway said the response to his article so far has been “overwhelmingly positive.”
(See also http://cjonwine.blogspot.com/2013/08/just-in-from-santa-rosa-press-democrat.html)
Posted by Jim Conaway at 4:54 AM