I did some crazy things… 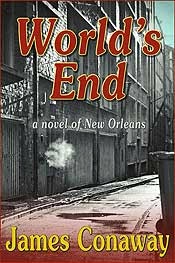 Next, Bo O'Neill, potent enemy of the district attorney of  New Orleans,  brings down - literally - the men's club on Canal  Street that bears striking resemblance to the sacrosanct Boston Club.