The East Coast's most expensive cabernet 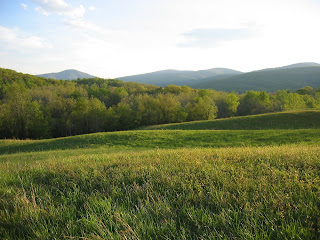 Since several people have asked, here it is:

More than two hundred years ago Thomas Jefferson planted grape vines at Monticello in hopes that he could inspire Virginians to grow them all over the state. He wanted to encourage agriculture and get those yeoman farmers to drink wine instead of whiskey. But he lacked the knowledge and tools available today, and he underestimated the effects of climate and soil. Piedmont Virginia in the eastern shadow of the Blue Ridge receives as much rainfall every year as Bordeaux, sometimes twice as much, and it sits on a sheet of subterranean clay that’s bad for drainage. So in this worthy effort the author of the Constitution, consummate intellectual and our most fascinating president, failed.

Luckily that isn’t the end of the story. Wine continued to be made in the state after Jefferson’s time, and lately there’s a lot of it. Some of the reds have inspired the phrase, “Virginia twang,” not a reference to bluegrass but to the vegetal, rubbery taste that results from too much rain and too-rigorous leaf growth. The twanging you detect in the hills around Charlottesville and Middleburgh is often the result of mediocre winemaking by pop-up vintners who have decided to cash in on tourism, rather than quality.

They’re encouraged by avowedly “pro-business” local governments that allow them to host weddings and loud alcoholic convocations that pollute once-bucolic byways and often make them dangerous; too often the real crop isn’t grapes, but “eventing.” This acts to the general detriment of farming and does serious damage to the reputation of Virginia wine, something that could be avoided with better regulation, better vineyard selection, and better wine-making.

There are exceptions, some of them extraordinary. Virginia reds good enough to go up against ranked Bordeauxs and California cabernets aren’t cheap, however, and they can be counted on one hand of a very clumsy sawmill operator. They include Octagon, from Barboursville Vineyards, made by Luca Pascina who has the backing of deep-pocket Italians. Another is the aptly named Hardscrabble, from Linden Vineyards in Fauquier County, owned by Jim Law, both certifiable links in the Jeffersonian narrative chain.

Law has promoted the notion of Virginia terroir for more than 30 years. He has insisted that fine wine is a boon to agriculture in a time of over-development and diminishing countryside, and acted to bring about a steady rise in quality. Formerly a student of international affairs, Law chucked all that to serve in the Congo for the Peace Corps and then set out to make quality reds and whites, not in sunny California but right in the cradle of the American democracy.

Over the years his face has gotten ruddier, his red beard grayer, and his wines better and better. “I’m just a farmer,” has been Law’s constant refrain, his pruning shears and dusty Carhardts proof of a life among the vines. His winery is a tasteful, split-level, wooden building on a hillside, the small, dedicated staff welcoming of visitors by appointment, both knowledgeable ones and those who want to learn about Virginia wine, but not deck-squatters looking primarily for entertainment, the louder the better.

The winery is surrounded by vineyards that are meticulously kept, and steeply angled. “A vineyard’s essentially a water evacuation system,” says Law, always willing to talk terrain. “You have to find steep slopes so the rain and cold can run downhill, and soil that’s permeable.”

Learning every aspect of a difficult, complicated symphony of viniculture and marketing is the modern vintner’s lot and requires dedication, which doesn’t leave time, Law discovered early on, for hosting party animals disgorged by limos. “I don’t want to be a Chucky’s Cheese for adults,” he says, with characteristic bluntness. “Try to do that, and you end up running two businesses – entertainment and wine-making. Quality’s bound to suffer.”

Law’s advocacy of good ground and careful craft have turned him into an accidental vinous master for a new generation of Virginia winemakers. The apprentice program at Linden Vineyards teaches aspiring vineyardists and vintners everything about the product, from soil to fermentation to tasting to selling, while paying them a modest salary; several of those apprentices have gone on to their own successes in the ever-difficult piedmont, one of them with the unlikely name of Rutger de Vink.

Here the story takes a fascinating, unlikely up-turn. Imagine a tall former Marine with a deferential manner who was once stationed in Somalia and whose grandfather, a physician in Amsterdam, was sent to a concentration camp during World War II for harboring Allied pilots. Now De Vink, 40, wears his hair long and his Bermudas loose and he stands on a steep, rocky hillside in gorgeous, undulating Middleburgh hunt country, surrounded by cabernet vines raised with all the care lavished on a fledgling prince. De Vink says simply, “I want to make Virginia’s iconic wine.”

He means it. Below him, what looks like two blindingly white connected barns are really a stealth winery, its faux silo symbolic, he says, of the importance of agriculture to the county, and the country. At night this hollow, artfully trussed silo lights up like a beacon. The winery’s minimalism, its custom-made stainless steel tanks and overall understated elegance, produce a fitting Bordeaux blend called, simply, RdV. It costs $88, which means, tax included, that Virginia has now produced a $100 bottle of wine, a first and a subject of much discussion in the Virginia and abroad.

Now for a little provenance. The cost of producing a ranking wine in today’s insanely competitive world of high-end cabernet - aka “rocket juice” – is akin to getting oneself launched into outer space. But a great wine can’t be made, no matter how much is spent, unless the variables are right, the most important being place. If it’s not in the ground it’s not in the bottle, period. Many a middling fortune has ended up in the spit bucket because someone didn’t pay attention to this maxim.

As de Vink says, “sometimes there’s an arrogance among the wealthy that they can have what they want anywhere.”

But if someone does manage to produce a remarkable wine in unproven terrain, at whatever cost, others will follow. Expensive blends can be astonishingly profitable, whether they’re from Bordeaux or northern California, as well as celebrity-inducing, but the time required to recoup outlay can exceed a wine’s - and a vintner’s - lifespan.

De Vink’s blessed in having wealthy family backers, and in being uncommonly idealistic. He and Jim Law became good friends while de Vink was at Linden, tasting and endlessly discussing the metrics of quality vineyards and aspirational wine-making. Meanwhile he was searching for the right land for himself, as far away as Sonoma and the Sierra foothills, but he finally ended up back here, in Fauquier County, near the hamlet of Delaplane and just a few miles from Linden.

De Vink’s seriousness and persuasiveness brought soils scientists from California to help locate the “right” place for a vineyard; de Vink told them, “Just find the droughtiest, crappiest soil you can.” He wanted to radically limit growth and forestall any possibility of Virginia twang, and eventually found what he considered the perfect site – a coverlet of dirt over a deep substrate of broken granite.

De Vink’s travels in Bordeaux put him in touch with viticultural worthies, and his manner convinced the likes of Jean Philipe Roby, noted professor at the University of Bordeaux, to advise him on planting, and a winemaker at Chateau Bon Pasteur to make the first vintages of RdV. Then another star, Eric Boissenet, oenologist and consultant to Chateau Latour and three other first-growth Bordeaux estates, agreed to supervise the blending of RdV – from France.

Initially, samples of RdV were over-nighted from Dulles International Airport to Paris, and from there to Bordeux, so Boissenot could taste and analyze them and electronically transmit recommendations back to RdV, another example of the modern, wired, oh so cher global vineyard. Now Boissenot – and other professional Bordelaises – comes regularly to Delaplane to perform the archane, crucial rituals of the ultimate, apotheosized cellar rat.

RdV’s classic Bordeaux blend of cabernet sauvignon, merlot, and petite verdot goes into new French oak barrels. RdV Vineyards really makes three wines: a lesser one just for family and friends; a blend of mostly merlot called Rendezvous that sells for a mere $55; and 200 cases of the main event, RdV, which is 85% cabernet. And the inevitable question has arisen: Can a Virginia wine be worth a hundred bucks?

Wine pricing – which means paying - is highly subjective but also a measure of what the market will bear. The Barboursville Octagon, and Linden’s Hardscrabble, both cost about $40. Some professional wine tasters in Washington, D.C. recently compared RdV with two famous cabernets, Chateau Montrose from Bordeaux’s St. Esthephe region, and Dominus from Napa Valley, part of the domain of Chateau Petrus in Pomerol. They judged RdV to be more or less in equal company, and the most likely to age well, and Montrose costs $110 a bottle and Dominus $150.

In RdV Vineyards’ airy inner sanctum are glass tables – no tacky bar here – where the vetted visitor may swirl, smell, and sip. The balance of the flagship wine, RdV, is striking, as are the classic Bordeaux associations of black cherry, currents, and a hint of tobacco. But what most impresses is its intensity: a long, firm shaft of flavor that runs through the whole tasting experience, and out the other side.

De Vink’s invocation of icons brings to mind Stag’s Leap Wine Cellars of Napa Valley, whose cabernet won the now-legendary Paris tasting in 1976 and put California wines on the map. Stag’s Leap cost $7 then and today sells for $200, not bad appreciation even after 30-odd years. If RdV one day pulls off a similar coup, it’s cheap.

De Vink and Law continue to bounce ideas – and wine – off each other. “We talk, and taste, all the time,” says Law, clearly proud of what has happened in the Old Dominion vineyard. He has helped impart a rare understanding of place and problems, while what was once an aspirant has introduced the mentor to Bordeaux wines, ideas, and personalities he might not otherwise have encountered.